When New York Was Irish!

Introduction: The NYC St. Patrick’s Day Parade is one of New York City’s greatest traditions. Irish Americans and fans will be entertained with a nationally broadcasted multi-media event and world-wide live stream highlighting their Irish Heritage. The potential audience will include the 34.5 million Irish population currently in the USA, the 4.68 million Ireland population and all other Irish descendants scattered throughout the world. This show is designed to attract the millennials using live streaming and social media technology.

During the historical Irish immigration boom in the early 20th Century, many of the Irish entered through the ports of New York City. Those immigrants’ and their children made New York. Their great-grandchildren get to see their Irish heritage on stage in front of a live audience.

"When New York Was Irish!" is a slice of this Irish-American history ... The entire show is set in Moriarty's Pub, NYC and time travels from 1966 to 2020, all on stage!

Combining Irish tradition with modern day Irish style is a "brilliant" effort to promote the descendants of Ireland and the land in which they love.

Performers and Audience: During, St. Patrick's Day in 1966, the owners of Moriarty's Pub prepared for their usual clientele of New York's Police, Fire and Sanitation Civil Servants along with their family and friends.  During and after a day of marching, they arrive at the pub to continue their celebration of St. Patrick with song, dance and good cheer.

Stage: The stage would have actor/dancers performing in NYC civil service attire and the audience would be mostly present day NYC fire, police and santitation. Sort of ... the audience watching themselves or "their own kind" on stage.  This will create a dynamic atomsphere with interaction and will play well to camera.

Video monitors would make up the upper and house right facade and would depict Ireland's scerery, Irish sayings and Irish movie clips.

Most of the set pieces will change through time, as well, along with the music.

The theater "house" will also play a role in the set design.  Specially the back of Moriarty's Pub interior will be the audience during certain musical numbers.

The background of the fully attended concert performance is the interior of Moriarty's Pub and vice-versa. The attendees remain in character while on stage in silhouette in the background and some in the foreground. Moriarty's Pub footprint enlarges to include the stage and the theater audience. The NYC St. Patrick's Day Parade (1966 stock footage) continues past the front windows of Moriarty's Pub. The video wall on stage depicts the Ireland of today. The transformation ends, the curtain closes, the video panels meet and show retreats back to 1968 and then we begin Act II.

Most of 1966 segments are pre-taped while the 2019 stage performance is recorded in front of the live audience. The segments will be edited around the live performance.

The complete deailed Rundown of Show is available for discussion.

The first parade was organized on March 17, 1762. The first NYC St. Patrick’s Day Parade was comprised of a band of homesick, Irish ex-patriots and Irish military members serving with the British Army stationed in the colonies in New York. This was a time when the wearing of green was a sign of Irish pride but was banned in Ireland. In that 1762 parade, participants reveled in the freedom to speak Irish, wear green, sing Irish songs, dance and play the pipes to Irish tunes that were meaningful to the Irish immigrants of that time.

For the first few years, the NYC St. Patrick’s Day Parade was organized by military units. However, after the War of 1812, Irish fraternal and beneficial societies took over the duties of hosting and sponsoring the event. Around 1851 the “Irish” 69th Regiment began to lead the marchers. Also at that time, the Ancient Order of Hibernians (AOH) became the official sponsor of the Parade as the individual societies merged under a single Grand Marshal.

"The Ancient Order of Hibernian's "NYC St. Patrick Day Parade Celebration" has taken place at the center of New York City, since the 18th Century. Today, the 69th Regiment is still the first group to lead the Parade up 5th Avenue. They are followed by various Irish societies of NYC, the 32 Irish county societies, schools, colleges, Emerald societies and Irish language and nationalist societies, politicians, dignitaries, invited guests from many states and countries and the Irish who watch along the sidelines."

Today, the Parade starts at 44th Street and 5th Avenue and proceeds up the avenue to 79th Street. Throughout the day along the Parade route, millions of spectators come to celebrate. 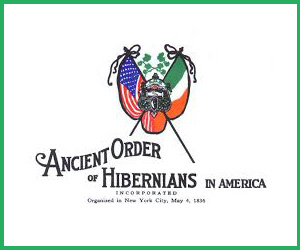 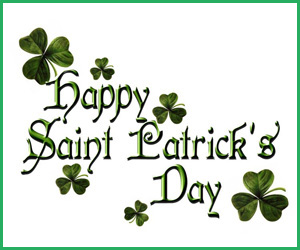