Access to information has never been easier. Millennials will begin to expand their travel habits and begin to ask life questions. As they start writing the next chapter of their lives, as a business, we need to be ready. nycHighlight.com will direct them with all the necessary information these Millennials will need. This information will be right at their finger-tips. The foreign & domestic tourists, local travelers, transplants, graduates and job seekers, will all turn to various social media options. The web, mobile apps and social media will educate them on where to go, what to do and how to do it.

THE WEBSITE THEY WILL USE, IS REAL; THE SHOW THEY ARE IN, IS FICTION.

The show concept is a cross between Big Brother and The Truman Show (and dare I write, Fantasy Island). The producers will create an environment that guides each traveler, aka "Truman" through their NYC experience. This script will direct them to city happenings, live shows, concerts, sporting events and typical NYC attractions. Interactivity & fan engagement are important elements of the show. As each character enjoys their unique city adventure, the Viewers of the show will experience the adventure with them.

The Viewer will have a front row seat. These viewers can comment, share, add dialogue, buy products seen in highlights and actually dictate the direction of the show through social media conversation. Interactivity is a viewer option and will be a factor in the show’s success. In essence, the Viewers can sway the show's direction. In addition to watching these characters experience their brief 15 minutes of New York fame, the Viewers will see the behind the scenes action. They will see how the show is produced, staged, written, directed and financed. The episodes are fictional and staged but engaging.

The show will crossover from entertainment to business and back to entertainment. Creating a rollercoaster ride for the Viewer at home, in transit or “out and about” on their mobile devices.

Branded Content, Customer Tracking, Stealth Marketing and Product Placement play a vital role in the Business Model. The show’s Cast will become social media “champions” and “influencers” for sponsors. The show will be fast paced, and short video highlights are produced in a New York Minute.

The main goal is to promote New York City and State, its places, people and workers in a positive light and to entertain the audience. While we accomplish these tasks, we are directing the traveler(s) in a live action adventure while highlighting their experience to attract new visitors and more viewers. These nycHighlights will become “drivers” – sending new people to under-visited destinations throughout New York.

Each episode could be as short as 15 minutes, but could go longer. "No parameters, let creativity flow." Each video will be shot separately. Many of the cast-members will overlap in various episodes. The "Trumans" will be shot specific to their storyline and will sometimes cross paths and might even crossover.

nycHighlights.com has several set designs. The Newsroom Set will introduce upcoming highlights of the "Trumans" experiences inserting LIVE look-ins & promotional interests. The Loft Set will have a large wall composed of red brick on one side and one-way glass on the other, hidden cameras and microphones will capture all the live action / interaction.  The Control Room Set is the other side of the "red brick" and the one-way glass wall will allow a "looking-in feel".  The staff, crew and viewers watch through the wall and on strategically placed video monitors in the production areas.  The Director will create the inter-action between the "Trumans” by using "comms" to direct the cast-members and the camera operators on-set and on location at various city locations. The Pub Set (The Pennsy) will be the central location where everyone meets, talk and dreams. NY comedians performed, genuine opinions voiced, NY food and drink is served.  A few cameos from NY celebrities and the local musical scene is celebrated. A great vibe and good time. Most importantly, the start & finish of the "Truman's" NYC adventure.

Many popular episodes will have backstories inserted, the decision or the reason why they came to NY and how their experience began. Interactivity with the Viewer will dictate some direction in the backstory and the final scene. We'll shoot the prep or pre-NYC set-up, the behind the scenes work in the style of The Truman Show, control room action, interaction with the city folk, loft dialogue between the characters, private moments and various camera movements depicting a Big Brother feel, their city adventure and the “reveal"; their departure. In some episodes, when we don't have control of the main event or show, we will shoot first, add talking points and then write the script around the live show.

nycHighlights.com is new and a game-changer in the always changing social media theater. Movies that assimilate to this show are as follows: The Game (Michael Douglas), Enemy of the State (Will Smith), Total Recall (Colin Farrell), The Matrix (Keanu Reeves), The Adjustment Bureau (Matt Damon), Snowden (Joseph Gordon Levitt), Nerve (Emma Roberts) and The Circle (Tom Hanks). 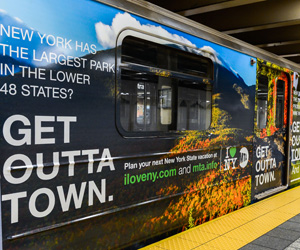 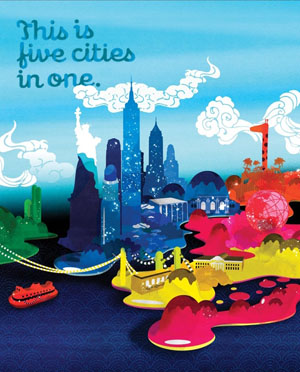 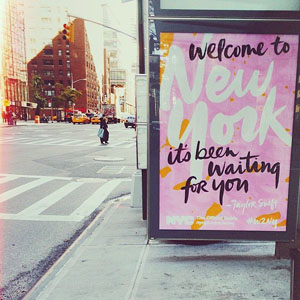